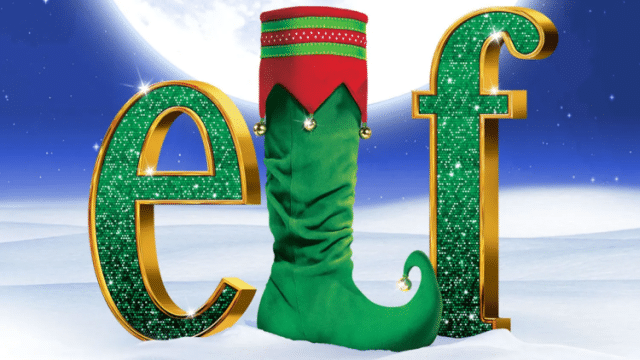 Elf, the hilarious and heart-warming Musical based on the hit movie starring Will Ferrell, is coming to London this Christmas! The musical will run for a limited period (8 weeks) at Dominion Theatre in London. The run will open from 14th November 2022 to 7th January 2023.

Produced by the team behind The Book of Mormon and written by Tony Award-winner Thomas Meehan (Annie, The Producers, Hairspray) and Bob Martin (The Drowsy Chaperone), Elf is the perfect Christmas treat for all the family.

Elf the Musical has songs by Chad Beguelin and Matthew Sklar.

The Musical was first staged in December 2010 at Al Hirschfeld Theatre on Broadway, where it became a critical and commercial success. The show ran on Broadway from 2010 to 2013.

Elf the Musical tells the story of Buddy, an orphan who sneaks into Santa’s gift bag and is then sent to the North Pole. Despite being unaware of his human nature, Buddy eventually realizes he is a human when confronted by his large size and poor toymaking skills.

Buddy sets out to New York City with Santa’s permission to locate his birth father, uncover his real identity, and restore the true nature of Christmas to New York.

Elf is a heart-warming story of family, friendship, and the spirit of Christmas. Buddy is a lovable character who is determined to make everyone happy. His infectious personality will put a smile on your face and remind you of the true meaning of Christmas.

The show is perfect for all ages and will get you into the holiday spirit. Tickets are already available, so don’t miss your chance to see this festive production!

The original music numbers in Elf the musical are as follows:

The following creative team will conduct the Dominion Theatre run of Elf the Musical:

How to Book Tickets

Buddy is coming to London town this Christmas 2022. The anticipation to hear him sing loud and jolly is building day by day. People are getting into the Christmas spirit early enough, and Buddy is one of the main reasons why.

Tickets went on sale on 28th April 2022. Keep note that the London run for this musical will be on for a limited and there will definitely be a rush to buy the tickets.

Elf the Musical is a performance that you don’t want to miss. So, get your tickets here now!