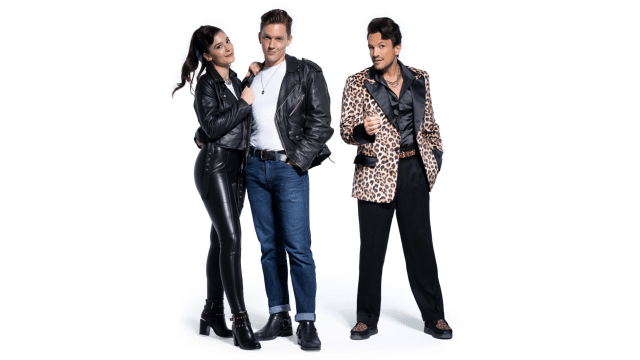 Grease the Musical Opens in London and Sandy is a Brunette!

Grease the Musical is making a triumphant return to London. Directed by Nikolai Foster, this iconic musical will make its London debut at the Dominion Theatre. Choreographed by Arlene Philips and with new staging, the musical will open on 3rd May 2022.

With an official opening night on 17th May 2022, this show will be exciting and grittier than before. Both Nikolai Foster and Arlene Philips have done an incredible job of reimagining this iconic musical. They’ve made it fresh and entertaining something that the audience needs right now.

Grease the Musical follows the high school romance of Danny Zuko and Sandy Dumbrowski. They fell in love but had to say their goodbyes. However, later that summer, Sandy enrols at Rydell High for her senior year where Danny Zuko also attends. But Sandy does not know this.

The leather-clad greaser Zuko and girl-next-door Sandy reunite, and the pair face the tribulations of teenage life. The movie features classic songs such as We Go Together, Greased Lightin’ and Summer Nights.

Grease the Movie was first released in theatres in 1978, and Sandy changes her look to have a happy ever after. In the movie, Sandy sheds the good girl reputation that society loves and chooses a different look. Not only does she slide on the black leather, but she also grabs the spotlight and goes after what she wants.

She also wore black spandex pants, and a top with bare shoulders, an outfit that transforms her from a shy girl into a femme fatale. To the rhythm of “You’re The One That I Want,” Sandy portrayed by Olivia Newton-John electrifies John Travolta with a glance. By adopting the style of her boyfriend, Sandy stands out from the rest of the crowd.

In the movie, Sandy’s hair was blonde, but in the upcoming musical her hair is black. Well, this fits with the plot as Sandy changes her personality and looks to fit in with Zuko and become part of the Pink Ladies.

Grease first debuted in 1971 in Chicago. This was alongside its Broadway premiere in 1972 where it received seven Tony Award nominations. The London premiere followed in 1973, and the cast included Richard Gere.

In the initial Broadway run of Grease, A-list actors such as John Travolta and Patrick Swayze starred alongside Olivia Newton.

Alongside Foster’s work, the musical will include lighting design by Ben Cracknell and designs by Colin Richmond. The production will also include:

Grease the Musical at the Dominion Theatre will star Dan Partridge as Danny Zuko, and Olivia Moore as Sandy Dumbrowski. The cast will include Jocasta Almgill as Betty Rizzo, Paul French as Kenickie, and Peter Andre as Vince Fontaine.

Other cast members are:

Grease the Musical will premiere in the West End for 26 weeks starting from May 2022. The iconic musical will play at London’s Dominion Theatre and will run for 2 hours and 30 minutes with a 20-minute interval.

To get your Grease the Musical tickets and avoid missing out, visit www.greasemusical.co.uk and book your tickets today!