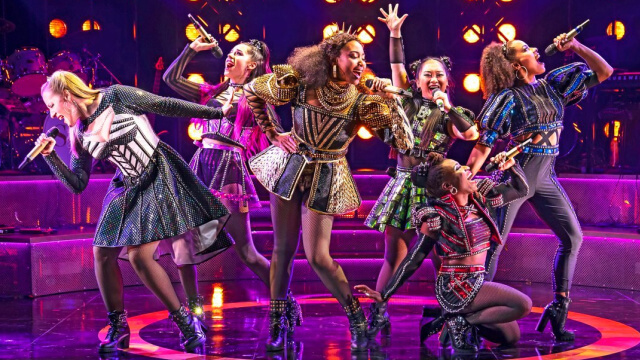 Is Six the Musical Historically Accurate?

In this article we answer the question is “Six the Musical Historically Accurate?”

Six the Musical is one of the most popular musicals about the tragic lives of the infamous King Henry VIII’s six wives. Why is the musical so popular?

According to history, Henry VIII married six women. However, he annulled his first marriage to Catherine of Aragon, beheaded two wives and divorced another. Not only that. His marriage to Anne Boleyn led to the establishment of the Church of England after breaking with the papacy in Rome.

Is Six the Musical Accurate?

The answer is complex, but several parts of the musical tell a realistic view of history. First, King Henry VIII married six wives:

In the musical, the six wives compete to lead their girl band. Set up like a reality competition show, each queen shares her story through song. In the songs, the queens regale the audience with their tribulation and trials while married to King Henry VIII.

Let’s start with Catherine of Aragon. She was the daughter of Ferdinand II of Aragon and Isabella I. Catherine married Henry VIII in 1509, shortly after he became king. She was extremely popular with the people of England and even ruled as regent when he invaded France.

Despite her popularity, she was unable to give Henry VIII a son. Since Henry VIII wanted a son, he divorced Catherine of Aragon.

In the second song of Six the Musical, “No Way,” Catherine sings about how she was faithful and loyal to Henry VIII even while he was cheating. She put up with his behaviour even when she discovered about his illegitimate son from his affair with Bessie Blount. Below are some of the lyrics from the song “No Way.”

And even though you’ve had your fun

Running around with some pretty young thing

And even though you’ve had one son

With someone who don’t own a wedding ring

No matter what I heard

I didn’t say a word

In fact, the lines above are a reference to the affair.

Next is Anne Boleyn, one of the most infamous of the six wives. In the musical, she is portrayed as a scheming seductress or a charismatic woman who married a king only to be a target of jealous men.

When King Henry VIII wanted out of his first marriage to Catherine of Aragon, he asked Pope Clement VII to grant him a divorce. The king argued that his marriage was against God’s will and also because Catherine of Aragon was briefly married to his late brother, Arthur.

Since Pope Clement VII was not inclined to give Henry VIII a divorce, the king appointed Thomas Cranmer as Archbishop of Canterbury. However, he (Archbishop) granted Henry VIII a divorce from Catherine. This led to the marriage and crowning of Anne Boleyn as queen of England.

Anne’s song in Six the Musical, “Don’t Lose Ur Head,” references her method of execution by the sword. They executed Anne after her former ally, Cromwell, engineered her conviction of incest and adultery.

In history, Jane Seymour went down as the boring one. But she was naturally sweet-natured and intelligent with common good sense. According to historians, she was one of the wives with all the qualities of becoming a wife – quiet dignity, obedience and humility.

Jane Seymour used her position to advance several causes she cared about. First and foremost, she restored Mary and Elizabeth, her stepdaughters, to their father’s favour. She also spoke against the closure of religious houses in England. As a result, Henry VIII stopped her from meddling in state affairs and instead advised her to attend to other things.

In fact, the song “Heart of Stone” acknowledges this. But in the musical, the version of Jane remains steadfast in her love of Henry VIII and son. Following her death, Henry VIII memorialised her as the most meritorious and fairest of all wives. Six the Musical reflects this status by identifying Jane as the only wife that Henry VIII truly loved.

Therefore, we can conclude that Six the Musical and its songs take the liberty of providing a realistic view of history than most history books.

Changes in Six the Musical

One of the significant changes in Six the Musical concerns Anne Boleyn. In her song, “Don’t Lose Ur Head,” she is portrayed as focused on partying and having a fun life until her marriage dissolves. However, history tells that Anne was quite focussed and studious.

This is because she spent her teenage years in the courts of Francis I of France and Margaret of Austria, gaining a worldview. This helped her stand out. Even when she caught Henry’s eye, rather than becoming his mistress, like her sister, she refused to sleep with the king until they got married.

Anne Boleyn had an English translation of the Bible. She also placed several bibles in different rooms so that the ladies in her household could read God’s word. Unfortunately, this is not reflected in Six the Musical. In fact, the musical loses a lot of her strengths.

Another major change in Six the Musical is Jane Seymour. In the song “Heart of Stone,” Jane of Six the Musical stands by Henry no matter what. But according to historians, there is no proof the real Seymour did so. However, this change was necessary for the musical as the show needed a ballad.

Lastly, we have the ending. Six the Musical gives history a remix as all six queens get to write their own endings. Basically, their version of the musical is not what went down in history. But also this change is necessary as it gives the musical, one of the best in the century, a satisfying and victorious ending.

Is Six the Musical Historically Accurate? The answer is yes and no!.

While some lines have been added for entertainment purposes overall the musical does portray the 6 wives quite accurately, making Six the Musical great for history lovers both young and old.