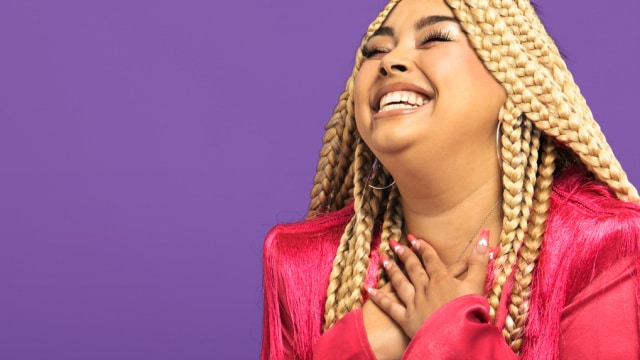 Legally Blonde the Musical will open at London’s Regents Park open theatre on the 13th May with a fabulous diverse cast!

The Musical is a tremendously fun and award-winning production that follows the story of law student Elle Woods. The show combines powerful performances by experienced characters with memorable songs and thrilling dances.

An inside look at Rehearsals…

What is Legally Blonde the Musical about?

Legally Blonde the Musical is a fun and uplifting musical of self-discovery. The musical follows the book by Heather Hach, novel by Amanda Brown and MGM movie starred by Reese Witherspoon.

The musical is based on the transformation story of Elle Woods as she tackles stereotypes to achieve her life dreams. Elle sparkles a relationship with Warner but things don’t go as expected when her boyfriend decides to join Harvard. Warner dumps Elle to join Harvard law school and achieve his political aspirations.

Elle rises to the challenge of finding her way to Harvard with an unshakable spirit of not giving up on her relationship. She has to deal with many pressures, including her ex, professors, and new classmates.

Legally Blonde was the first fully staged Broadway production to air on TV while still showing on Broadway.

Characters in Legally Blonde the Musical

Elle is a bubbly attractive, pink-loving sorority girl from California with a PHD in fashion merchandising. She gets into Harvard Law School to try and win back the affection of her ex-boyfriend Warner.

Emmet is an intelligent and charismatic law student who is one of the first friends to Elle at Harvard. Emmet discovers Elle’s potential and constantly pushes her to achieve her dreams. He specifically helps her overcome her obsession with her ex-boyfriend.

Paulette is the other Elle’s close friend at Harvard Law School. She helps Elle unwind from the pressure of her ex-husband. Founder and owner of Hair Affair salon, Paulette, is intrigued by Ireland and aspires to marry a handsome Irishman. Even though she is outgoing, Paulette acts strange around men.

Born into a wealthy family of a US congressman, Warner yearns to become a US senator and is ready to overcome everything that comes his way to achieving this goal.

At Harvard, Warner sparks a relationship with Vivienne, who he hopes will support him in his political aspirations.

Warner’s new girlfriend, Vivienne, is Elle’s biggest rival. Her relationship with Professor Callahan enables her to humiliate Elle at Harvard.

Brooke is a fitness guru charged with murder, and Elle has to defend her. She, however, goes to prison before Elle helps her out.

Professor Callahan is a law professor at Harvard who likes to torture and mock his students, especially Elle, in the presence of her colleagues.

Callahan sings “Blood in the water,” in which he advises his students that if they want to succeed in the legal profession, they must be adamant and uncompromising.

Enid is an avid feminist who studies law at Harvard as well. Among her accomplishments was organizing protests for Greenpeace.

Margot is a man-obsessed and naïve member of Delta Nu sorority sisters. Throughout Legally Blonde, Margot is present as part of the Greek Chorus.

Rounding up the Delta Nu sorority sisters is Serena, an enthusiastic cheerleader and a part of the Greek Chorus. Serena is one of the closest friends to Elle.

Here are the Legally Blonde songs for Act I and Act II:

To book tickets for Legally Blonde the Musical London head over to https://openairtheatre.com/production/legally-blonde

If you’re looking for an uplifting musical that you’ll smile throughout watching, Legally Blonde the Musical is the real deal. You should particularly expect outstanding performances from Elle Wood and the Ensemble. This musical’s memorable songs and impressive dances make it entirely worth watching!