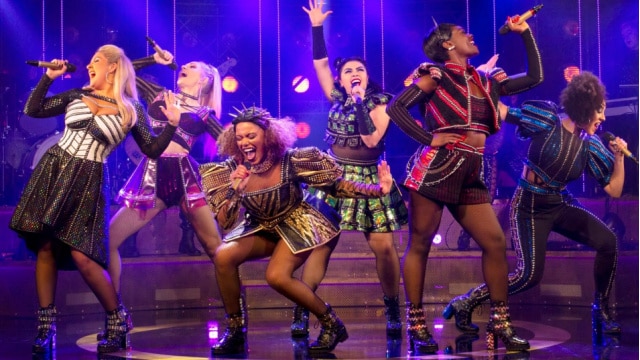 Who are the Queens in Six the Musical?

Want to know more about the Queens in Six the Musical? Keep Reading!

Six the Musical is a British pop musical that retells the stories of Henry VIII’s queens in the form of a pop concert. Each of the ill-fated wives sings about who suffered the most due to King Henry their common husband and the winner becomes the group’s lead singer. In this article, we provide a brief description of the six Henry VIII wives who appear in Six the Musical as contestants.

Catherine of Aragon was the first wife of King Henry VIII of England. She was the daughter of King Ferdinand II and Queen Isabella.

Henry declared their marriage with Catherine invalid, claiming that Catherine had previously been married to his brother. However, Catherine denied this claim, stating that the previous marriage had not been consummated.

An annulment of the marriage was supposed to be issued by the Pope, but he never did so. Henry declared the marriage null in 1533 and even founded his own church (the Church of England).

While still in a relationship with Catherine, Henry started showing affection for Anne. He could honour her in his court and went on to even give her the title of Marchioness of Pembroke.

Although Anne continually refused Henry’s advances she received a marriage proposal and got engaged secretly with the king in 1533. At this time, she was pregnant with her first child (the future Elizabeth 1) and was later crowned Queen of England in mid-1533.

After the birth of Elizabeth, Anne had two miscarriages in a row but still remained in power. Meanwhile, Henry started being suspicious about Anne’s character and was convinced by an adviser that she was indeed faithful. On these grounds and following numerous other accusations, Anne was arrested and beheaded.

Henry married his third wife, Jane Seymour in 1536. Unlike the other two previous wives, Jane was never crowned queen. Jane got her first child in 1537 (future King Edward VI) and impressively this was as per Henry’s wish to have a son.

Jane Seymour passed away two weeks after giving birth to her first child. Her cause of death is unknown, but it’s believed that she died due to pregnancy complications.

The body of Jane was buried at Saint George’s Chapel, where King Henry was also buried.

Jean Seymour’s death called for a period of mourning for the king. A few years later, he and his ministers found the need for a foreign ally against the Catholic Church. In this regard, Hans Holbein, the Young was assigned to paint a likeness of Anne of Cleves that the king liked.

Upon Anne’s arrival in England, the King claimed she was already married and that she was too voluptuous to be a maiden. In the end, Henry was convinced that she was free to marry, but He was unable to consummate their union.

Several months later, the marriage was annulled and Anne received a settlement as compensation. Despite the annulment, Anne of Cleves remained close to the king and his children throughout her life.

Anne of Cleves had no children with Henry.

Katherine Howard came in as maid of honour to Anne of Cleves. It is unclear how old Katherine was when she married the king in July 1540. Henry was getting old at this time and had a wound in his leg that caused him so much pain.

Due to her failure to disclose her sexual history before she married Henry and also for illicitly meeting another man while she was engaged to the king, Katherine was accused of treason. As a consequence, she lost her royal title and was beheaded in February 1542.

Henry VIII’s last wife Catherine Parr Married Henry in July 1543, she took good care of Henry during his illness and is considered one of Henry’s best wives.

Additionally, Catherine was a good stepmother to Mary, Elizabeth and Edward, the three surviving children of King Henry. In particular, she was very close to Mary and it was through her that she struck up a friendship with the king. Even so, Catherine Parr was a close friend of the Royal Family from a young age.

Though Henry’s court members objected to her Protestantism, she was able to convince the king that she was loyal to him. Catherine Parr’s trust earned her the title of Queen Regent in the event of Henry’s death.

If you’re a history lover and want to learn more about Henry VIII’s six wives, Six the Musical is perfect for you! In the musical, the wives describe their traumatic experiences with their common husband to determine who becomes the group’s lead singer. The ill-fated wives’ competition, including those who were beheaded, divorced, died, and survived, makes an intense show that is so much fun to watch.