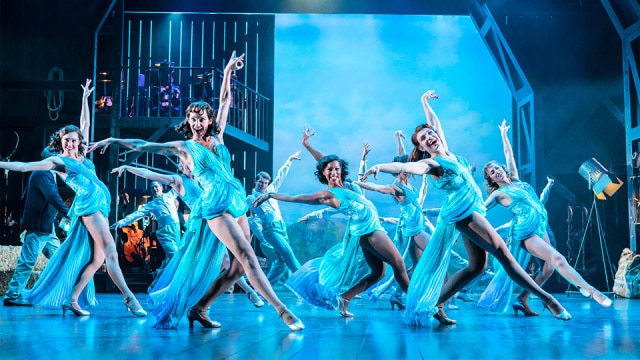 White Christmas the Musical UK Tour 2022 | Everything you need to know!

White Christmas the Musical is touring the UK this year! Are you considering booking ticket to see the show? if so here’s everything you need to know about the Musical (including the tour dates).

What is White Christmas the Musical about?

The musical is a highly loved stage adaptation of Irving Berlin’s timeless classic. The musical has a book by David Ives and Paul Blakes and music/lyrics by Irving Berlin.

The Musical is based upon the original production by Nikolai Foster, Curve Artistic Director. It was originally produced on 17 July, 2000. The romantic comedy features songs such as Blue Skies Systems and the much-loved White Christmas.

The musical is centred on the all-loving, all-singing, and all-dancing duo of veterans Bob Wallace and Phil Davis as they follow the remarkable Hayness Sisters, Betty and Judy, to a Vermont lodge.

In Vermont, the two meet Gen. Waverly, the boy’s commanding officer during World War II, who is struggling financially. They decide to pull off an exciting Christmas show to try and change his financial position.

How long is the Musical?

White Christmas the musical is 120 minutes long. Factoring in the interval, the musical runs for 2 hours 25 minutes.

Where to Book Tickets…

You can book tickets over at https://www.whitechristmasthemusical.co.uk/

The musical is a spectacular feel-good romantic comedy that will get you in the festive spirit. We recommend booking tickets before they sell-out!