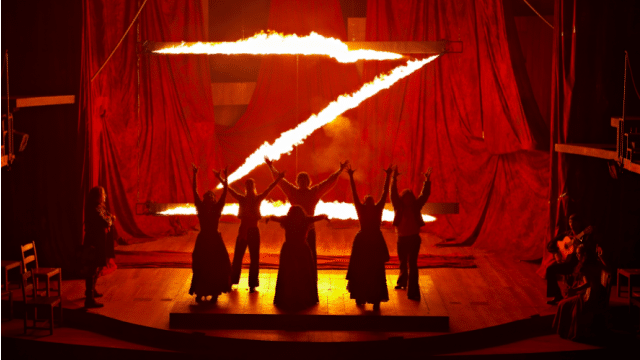 Zorro the Musical to Open in London this Spring

Zorro the Musical will open at Charing Cross Theatre on 2nd April and run up to 28th May 2022.

What is Zorro the Musical about?

Zorro is a tale of good and evil. The musical retells the life of Zorro, an acrobat, magician, and swordsman. Inspired by the original story of the fictional character Zorro, this musical is a legendary story blended with flamenco music tradition and great vivid colours.

The first Tour of the musical was so successful that it was transferred to West End. Zorro’s previews kicked off at Garrick Theatre on 2nd July 2008. However, because of technical constraints, some of the initial previews were cancelled and the musical opened officially on 15th July 2008.

The musical played in Garrick Theatre for nine months, and its last performance was on 14th March 2009. In February 2020, a new show version of the musical was performed at Cadogan Hall.

Who wrote the Musical?

Playwrights are Stephen Clark and Helen Edmundson. Its composer is John Cameron.

What are the Songs?

Where can you buy tickets?

What On Stage is currently selling tickets for the Zorro, Charing Cross run.